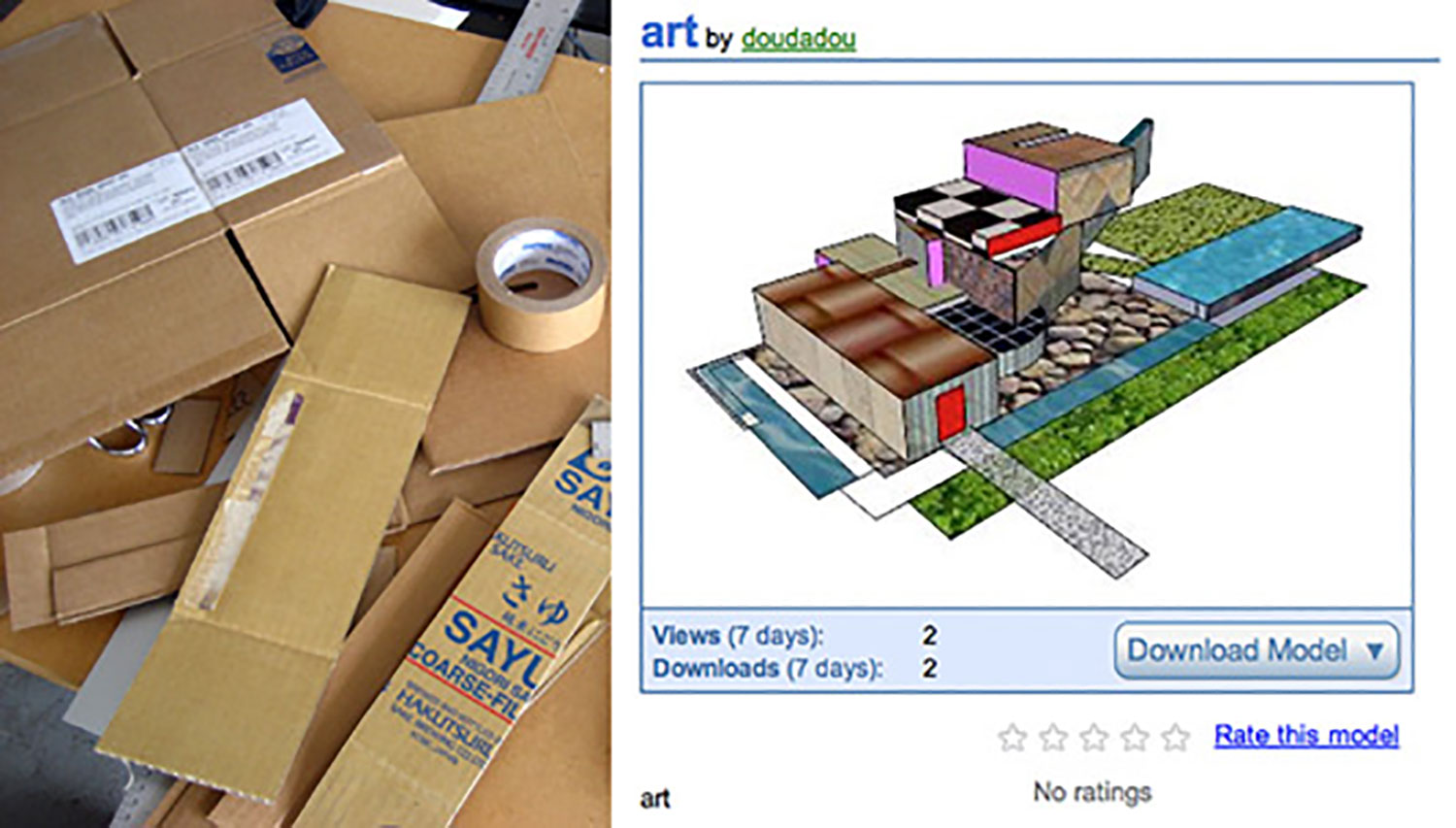 Unsolicited Fabrications: Shareware Sculptures, was a unique installation by Stephanie Syjuco. Her first solo exhibition in Ireland displays a collection of strange hybrid of forms via many different authors, a unique opportunity to encounter artworks that were never meant to be physically realized.

Syjuco’s installation of hand-made sculptures is based on a shared database of “artworks” created by users of SketchUp, a 3-D modelling software made by Google. Designed as a simple and easy-to-use free version of CAD software, SketchUp has garnered a growing following of amateur designers who use it to model virtually everything from common household items to fantasy architectural designs. These digital designs can be uploaded to a freely accessible database to share with other SketchUp users in their own projects, many of which are created by non-artists.

Based on these models, Syjuco produces a physical representation and in essence become the “unsolicited” fabricator of the sculpture. (While the original designer of the work will be attributed, their permission will not be requested to execute the work, since the design was in essence considered shareware). Issues of authorship, collaboration and production brings into question who the real “artist” is in the equation. Is this work a collaboration, a knock-off, or perhaps even a fabricated favor, and does the shared platform for this content give permission to make it really happen?

Stephanie Syjuco is a visual artist whose recent work uses the tactics of bootlegging, reappropriation, and fictional fabrications to address issues of cultural biography, labour, and economic globalization. Working primarily in sculpture and installation, her objects mistranslate and misappropriate iconic symbols, creating frictions between high ideals and everyday materials. This has included re-creating several 1950s Modernist furniture pieces by French designer Charlotte Perriand using cast-off material and rubbish in Beijing, China; starting a global collaborative project with crochet crafters to counterfeit high-end consumer goods; photographing models of Stonehenge made from cheap Asian imported food products; and searching for fragments of the Berlin Wall in her immediate surroundings in an attempt to revisit the historical moment of “the end of History.”

Born in the Philippines, Syjuco received her MFA from Stanford University and BFA from the San Francisco Art Institute. Her work has been included in exhibitions at PS1, the Whitney Museum of American Art, The New Museum, SFMOMA, The Contemporary Museum Honolulu, The San Diego Museum of Contemporary Art, the California Biennial. In 2007 she led counterfeiting workshops at art spaces in Istanbul, Beijing, and Manila, and in December 2008 had a solo exhibition at the Contemporary Arts Museum, Houston, that explored the legacy of Modernism and the Third World. She has taught at Stanford University, The California College of the Arts, and Carnegie Mellon University. She lives and works in San Francisco.

This exhibition is a joint collaboration project with 126 Galway. 126 is Galway’s and the west of Ireland’s first artist-led exhibition space. 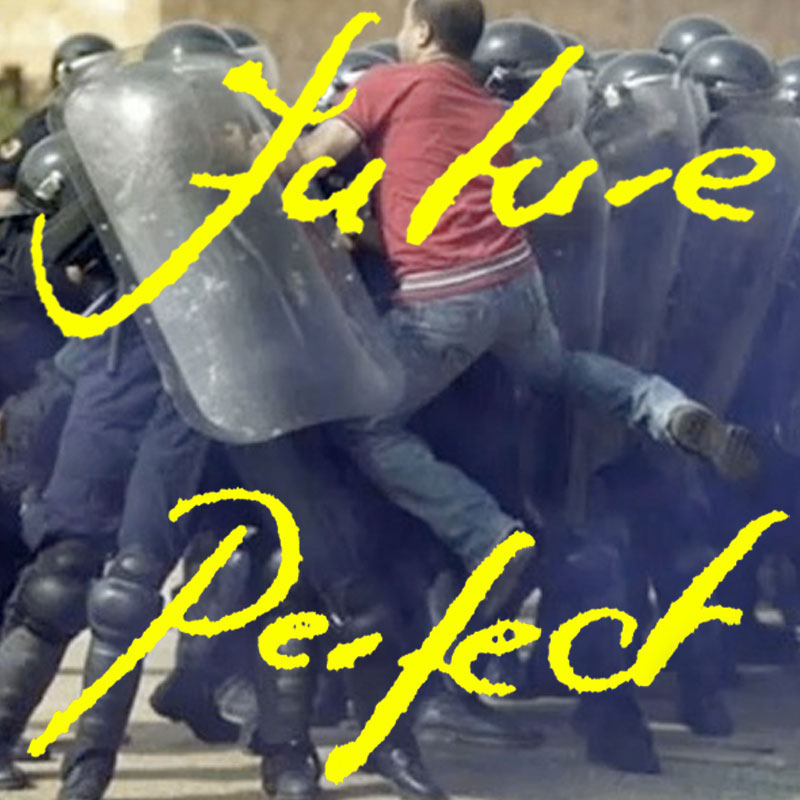 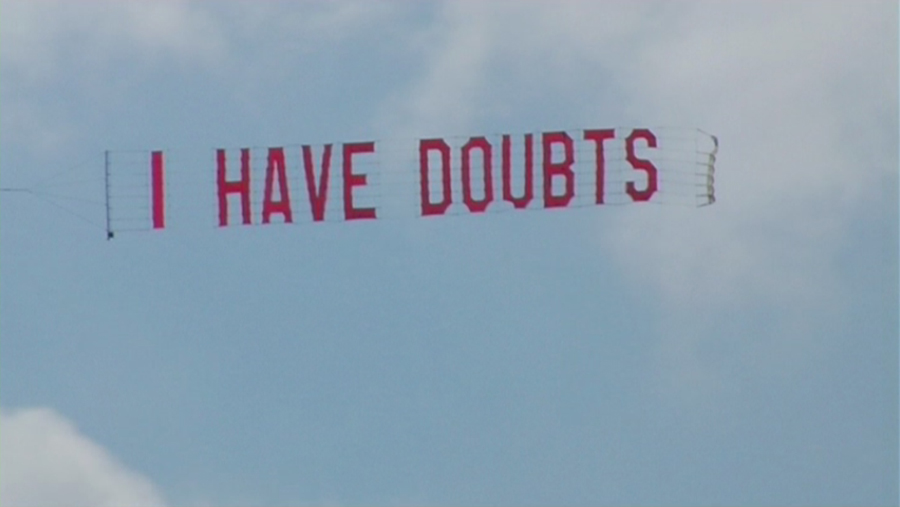